From Buzzfeed UK, posted on Skepchick.

Just a note: This image isn’t criticizing anyone with legitimate gluten-intolerance. It is pointing out that “gluten-free” does not mean healthy, just like “100% natural” really doesn’t mean anything. Snake venom is also 100% natural. 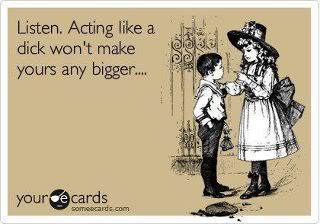 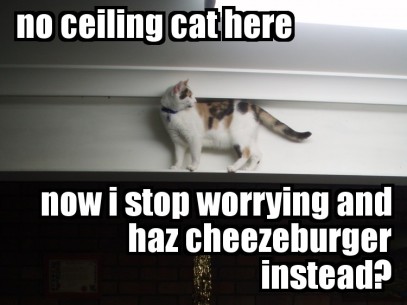 When I “came out” as an atheist, I was surprised to find out that not many people know what an atheist is.

“But…you are nothing like that mean other atheist I know!”

There’s this image of a religion-hating, argumentative person who wants to make fun of everyone else from an elevated position. This person just wants to rain on everyone’s parade and act all snarky when others pray around them. This person has little or no respect for others who choose to believe in God or any religion. While there are atheists who fit this description closely (possibly because this is how they thought atheists were supposed to act, too), these attributes are rarely true.

So without being in any order of importance, here is my list of myths about atheists.

Some do. Most don’t. In fact, there are many who are fascinated by religion and are even in one. Buddhism and Taoism are just two examples of atheistic religions. Sounds like an oxymoron? Well, it’s not. Being an atheist simply means “denying or disbelieving the existence of a supreme being or beings.” That’s it. I am one atheist who loves religion, especially Native American practices. Years past, I would even test out these practices for myself then assess my experiences afterwards. I didn’t believe people could experience journeys into the spirit world, but I was fascinated by the experience directed by my brain.

Unfortunately, a lot of “smarter than thou” people are attracted to atheism and love to circle-jerk about the stupidity of religion. R/atheism on Reddit is a pretty good example of this attitude. However, I find this same attitude listening to Christian radio stations. If you want an accurate representation of a group of people, don’t look at the loud obnoxious ones.

2. Atheism is a religion.

Simply choosing not to believe in God or gods does not mean you are A) logical, B) a skeptic, or C) smarter than God-believing folks. Skeptics are often atheists, but atheists are not necessarily skeptics. Unless an atheist values critical thinking and reasoning as primary methods to deciphering what is true and what is not, he/she is just as susceptible to believing pseudo-science, conspiracy theories, etc. as anyone else.

4. Atheists are just rebels who are angry with God.

Many atheists were once Christian or another religion. Sure, some felt oppressed and upset at the overbearing pressures to follow the mold defined by their religious communities, but we aren’t all going through this teenage anti-authority phase. Likewise, many Christians used to be atheist. It’s natural to believe that your current views are better than those you’ve had in the past and feel “enlightened.”

5. Atheists have no morals.

Morals are cultural views about what is accepted as “right” or “wrong” defined by the people. It’s wrong to hit a woman in America, but in many Middle Eastern countries hitting a woman is a man’s right. Many non-atheists are under the impression that since atheists have no God, they have no reason to be good people and thus do whatever they want. Despite the fact that I don’t believe a God is watching my every move, I live my life to be the best person I can. I want to be a good person, just like everyone else. I want my actions to aid mankind, not hinder it.

6. Atheists are unhappy with their lives.

Since religion can bring people joy, I can see how some may make this assumption. However, many atheists who once believed in God would argue that they are actually much happier freeing their minds from the dogma, fear, and guilt that comes with some religions. Belief in God is not needed to experience love, forgiveness, generosity, or gratefulness.  The belief in an afterlife isn’t needed to be satisfied with your life.

7. Atheists believe nothing happens when we die.

There are so many different views of the afterlife or lack of afterlife among atheists that there is really no consensus. Many just respond with “I don’t know.” We can speculate, think of possibilities, maybe prefer one over the others, but most of us have no idea. The natural human fear of death causes us to seek these answers in order to live our lives without this constant fear of death, so we cling onto these ideas.

Take a look at Stephen Cave’s talk on TED, “The 4 stories we tell ourselves about death.”

Not only can you be religious and atheist at the same time, but spirituality is a basic human experience that doesn’t require belief in God. Many atheists may still practice yoga, meditation, anything that provides that feeling of “oneness” with the universe but also acknowledge the fact that our brains are tricky bastards that make it difficult to decipher reality from perception.

By generalizing an entire group based on stereotypes, we rarely will have an accurate interpretation of the people involved in that group. That goes for any group, not just atheists. So let’s all be smart together and stop expecting people to fit into these nice little pegs we made for them.

Now for some Marcus Aurelius wisdom: 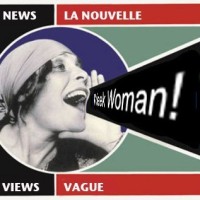 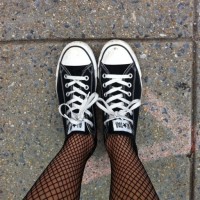 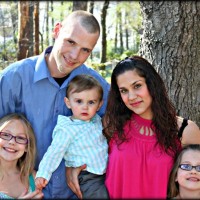 Strange thoughts, random mutterings
It's not my fault.